Catch up on the latest product news, industry events and media coverage at Carlielle Kitchens

How to make a kitchen work and look great in a vast, barn-style living space Back 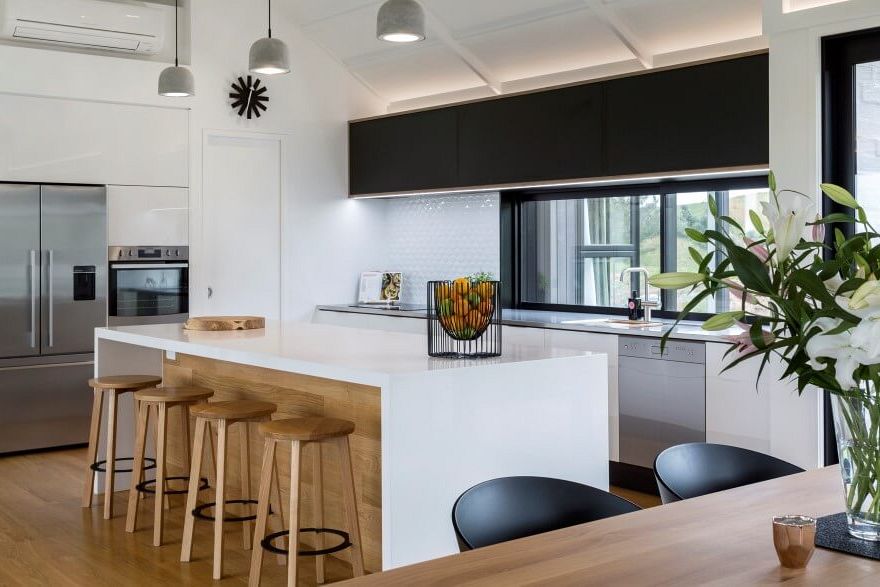 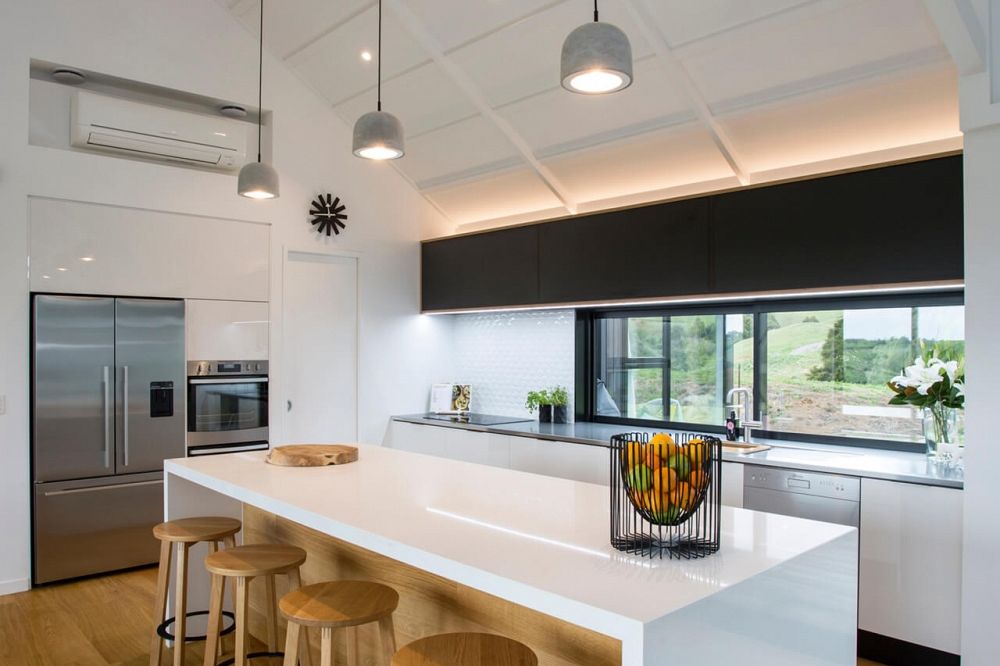 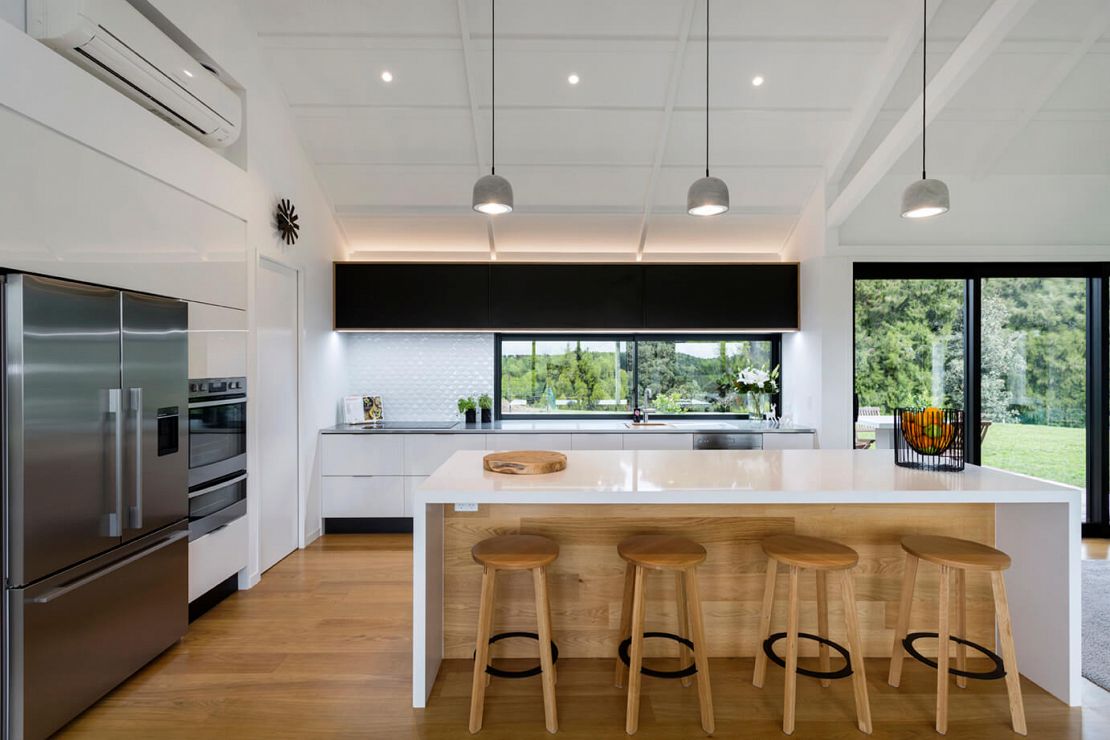 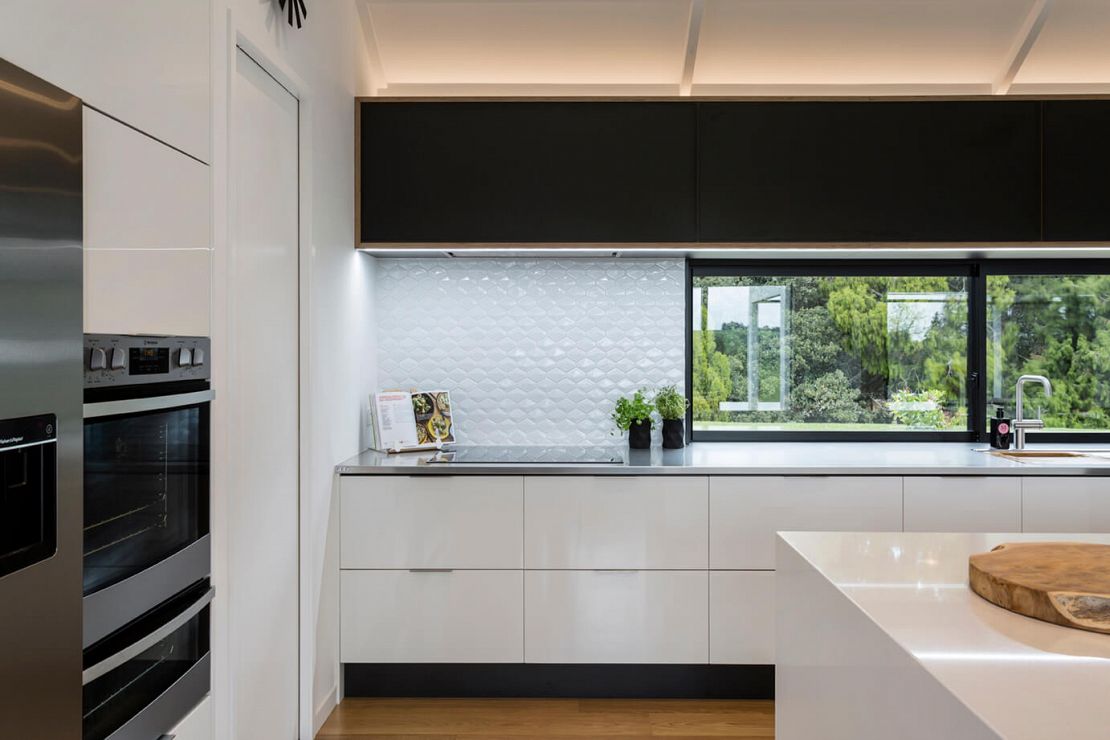 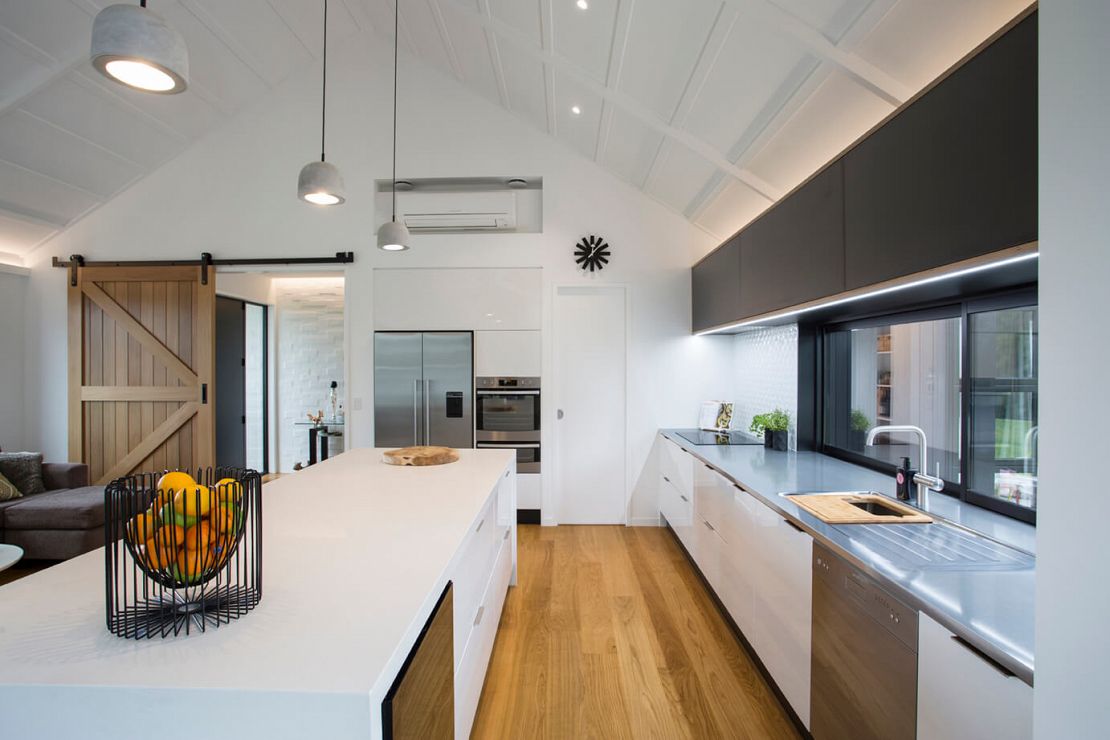 This kitchen was featured on Stuff.co.nz in a new home by Van Der Putten Construction.

From the article by Colleen Hawkes:

In recent years, we have seen a lot of barn-style living spaces, and invariably the kitchen is command central, with an island marching across the width of the room. The designer of this kitchen in a new Pukekohe country house had other ideas. Rather than let the kitchen dominate, Kyla Hunt of Carlielle Kitchens tucked it into a corner, but still gave it a sense of substance.

"Positioning it to one side (parallel to the main axis) also meant the owners can enjoy the beautiful country views out through the large picture window opposite," the designer says. "If was in the more predictable position, they would have been looking down the room to the fireplace, or back to the entry in the other direction.

The kitchen, designed by Kyla Hunt of Carlielle Kitchens, features a mix of materials, chosen to give it a furniture look. Hunt says the kitchen design was also influenced by its proximity to the front entry. "It's the first thing you see as you come through the door," she says. "The owner doesn't like mess, and she loves a clean-lined Scandinavian look, so that also impacted on the design." To help the kitchen blend with the overall living space, the front of the island was clad in oak timber planks that match the flooring. The cabinets are wrapped in white acrylic, and there are black overhead cabinets and toekicks in a high-pressure laminate on plywood. "Using a mix of materials gives the kitchen more of a furniture feel, which also makes it work within the living space," says Hunt. "The black toekicks lift the cabinets visually, making them seem as though they are floating."The cabinets feature two deep drawers along each unit, to keep the look minimal and streamlined. "We have put drawers within drawers, so the functionality is still there, but the look is uncluttered," says the designer.

For practicality and aesthetics, the main work benchtop is stainless steel with a linen finish. "Because it is stainless steel, we could have a continuous surface with no visual joins," says the designer. "Even the sink is welded seamlessly into the benchtop. It's a very practical work top that won't stain."

The island benchtop and waterfall sides are a white composite stone. To introduce another textural element to the kitchen, the splashback features three-dimensional hexagonal tiles, sourced by the owner.A scullery provides extra storage, and is a place for small appliances, but most of the food preparation happens in the main kitchen. Another key feature of the kitchen is the LED strip lighting along the top and bottom of the overhead cabinets. "At night the owners often just have these lights on in the kitchen as they provide a lovely ambient light in the room," says Hunt.

Doors designed to last a lifetime

Book a consultation Back to top